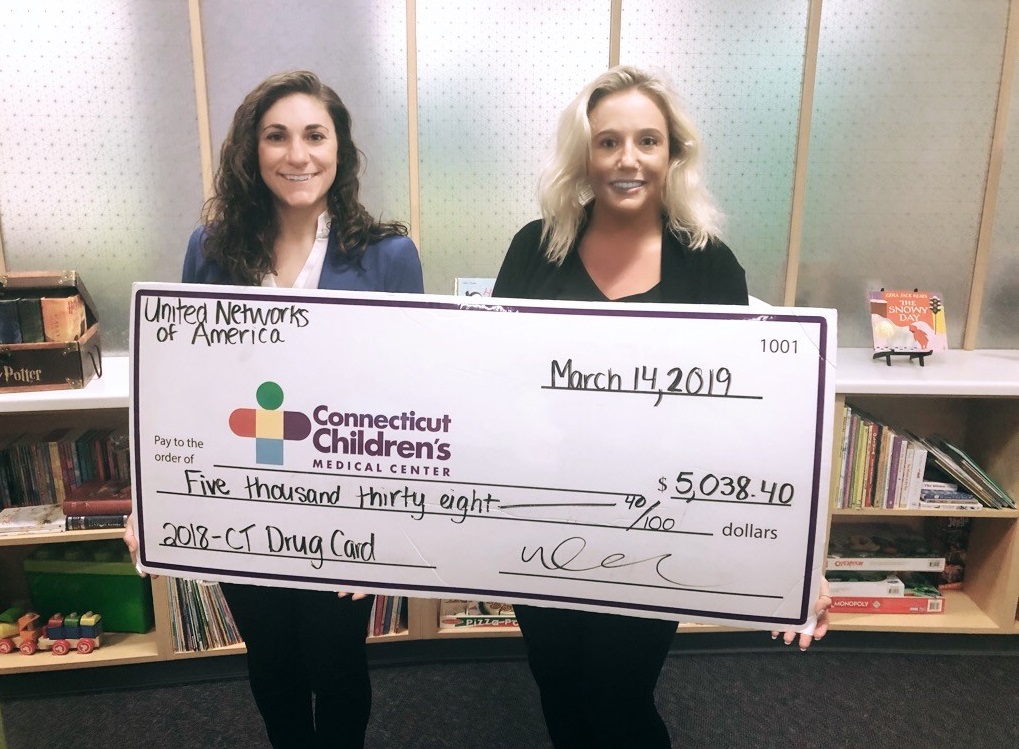 Rachael Marinaccio with Connecticut Drug Card had the opportunity to visit with, Marissa Troiano, a team member of Connecticut Children’s Medical Center in Hartford, CT.  Rachael presented a check for $5,038.40 from the CT Drug Card.

The donation dollars help provide not only medically necessary equipment for the young patients at this CMN Hospital but also helps provide activity centers for patients and their families.   Each time a prescription is processed using the Connecticut Drug Card a donation will be given to your local CMN hospital.

Since 2015, the United Networks of America partnership with Children’s Miracle Network Hospitals has raised over $2.4 million dollars for local children’s hospitals. Of this, $5,038.40 has been raised for Connecticut Children’s Medical Center.